Pierre Khoueiry obtained his PhD in Bioinformatics and Genomics from Aix-Marseille University (France) in 2008. Afterwards, he completed a five-year postdoctoral fellowship in the European Molecular Biology Laboratory (Heidelberg, Germany). During both, he combined experimental and computational approaches to study the evolution of DNA cis-regulatory elements using comparative genomics on model organisms. He then joined Cellzome, a GSK company, as a bioinformatician to characterize molecular mechanisms underlying resistance to epigenetic drugs. Before joining HIRI as senior bioinformatics scientist to lead bioinformatics at the Single Cell Center Würzburg, Pierre was head of bioinformatics and held a faculty position at the American University of Beirut (Lebanon). There, his research focused on the dynamics of regulatory elements in disease and development using NGS assays. 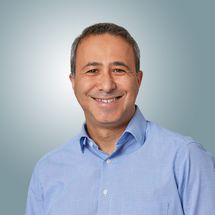