Mathias Munschauer started working with RNA and RNA-binding proteins as an undergraduate student in the lab of Thomas Tuschl at Rockefeller University in New York. He completed his thesis research on the RNA-binding protein FMRP under the supervision of Thomas Tuschl. He then joined an international PhD exchange program jointly operated by the Max-Delbrück Center for Molecular Medicine in Berlin (working with Markus Landthaler) and at New York University (working with Christine Vogel). In the Landthaler lab, Mathias Munschauer pioneered technologies to capture the mRNA-bound proteome and display its global protein occupancy pattern on protein coding transcripts for the first time. For his postdoctoral research, he joined the lab of Eric Lander at the Broad Institute of MIT and Harvard, where he identified a novel lncRNA-dependent topoisomerase complex and dissected how the lncRNA NORAD contributes to genome stability. He joined the HIRI in July 2019 as head of his independent Helmholtz Young Investigator Group. 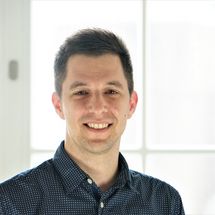