Redmond Smyth carried out his undergraduate degree in Natural Sciences at the University of Cambridge (UK), specializing in Virology and Immunology. He then moved to the Burnet Institute, Melbourne (Australia) for his PhD, where he investigated the mechanisms of HIV-1 genetic diversity in its natural target cells. His PhD research pointed to the importance of RNA structure in regulating viral infection processes, which is why he then moved to Strasbourg (France) for his post-doctoral research to train as an RNA biochemist. Here, he worked on understanding the mechanisms leading to the incorporation of the HIV-1 genomic RNA into viral particles. In 2015, he was recruited to the CNRS as a chargé de recherché (CR2), and in 2018, with support from the Helmholtz Association, he started his own research group at the Helmholtz Institute for RNA-based Infection Research (HIRI).

RNA Structures and Their Role in Selective Genome Packaging 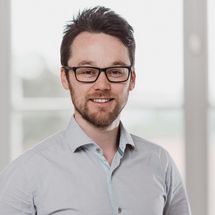