Prof. Jörg Vogel is the founding director of the Helmholtz Institute for RNA-based Infection Research (HIRI) as well as the director of the Institute of Molecular Infection Biology (IMIB) at the University of Würzburg, Germany. As world-leading scientist in the field of RNA biology, Jörg Vogel is considered a pioneer in the application and development of high-throughput sequencing methods for the analysis of individual infected cells as well as interactions between pathogenic bacteria and their hosts.

Prof. Jörg Vogel studied biochemistry at Humboldt University, Berlin, Germany, and at Imperial College, London, UK. In 1999, he received his PhD from Humboldt University with a thesis on Group II intron splicing. He spent his postdoctoral years at Uppsala University, Sweden (2000-2001) and as an EMBO fellow at the Hebrew University, Jerusalem, Israel (2002-2003) before he started an Independent Junior Research Group at the Max Planck Institute for Infection Biology in Berlin, Germany (2004-2010). He became Full Professor and Director of the Institute for Molecular Infection Biology at the University of Würzburg in 2009. As of 2017, he is the Director of the Helmholtz Institute for RNA-based Infection Research (HIRI) in Würzburg.

Jörg Vogel is an elected member of EMBO, the German National Academy of Sciences, as well as the European and American Academies of Microbiology. In 2017, he received a Leibniz Prize, Germany’s most prestigious research award, for his ground-breaking contributions to the understanding of regulatory RNA molecules in infection biology.

Prof. Vogel’s group seek to understand the full (noncoding) RNA world of bacterial pathogens and use RNA-centric approaches to targeting pathogens and manipulating microbiota. A major innovative goal is the comprehensive simultaneous RNA-based profiling of the pathogen and the infected host in real time and at single-cell resolution; where applicable, this should also include co-colonizing microbiota. Researchers at the Vogel lab focus on the mode of action of those noncoding RNA molecules that are crucial for the virulence of the pathogen, differentially expressed upon exposure to the host, or impact gene expression in interacting members of the microbiota. The knowledge obtained will be exploited for therapeutic intervention with clinically relevant bacterial pathogens. 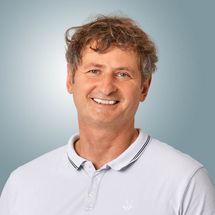